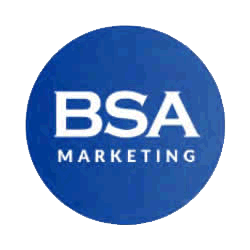 I just wanted to say Hello and give you a pat on the back. Not that you need it I’m sure.

I am shortly to submit my year seven accounts!!!!   Believe it or not. Still crazy after all these years.   Still here, still earning a crust and still resenting every penny of corporation tax I pay!   My accountant though says,

“you are paying tax ‘cos you made a profit! “

Anyway, the patting on the back thing.  Do you recall, showing me about writing a marketing letter, and trawling through the ‘phone book to follow up the mailshot? And do you recall my crying into my gin & tonic about what a waste of time it was?

Well, 2 of the companies I wrote to, and later called and had the door slammed, have actually continued to open & read my mailshot newsletter all this time. Turns out these two have just had HR issues,  called on spec. as it were,  I gave brief advice,  and now they’ve both signed up – nearly 5 years later!

Talk about marketing being a process and not an event!

Additionally, one client didn’t renew after two years,  left on good terms,  he’d grown out all proportion, gave me a glowing testimonial etc ……but after 12 months of one of the “Big Boys”, he called and re-signed even though I had put my basic fees up!